1
Write down the nationality for each stereotype below.

Pre-viewing activity - Judging a book by its cover 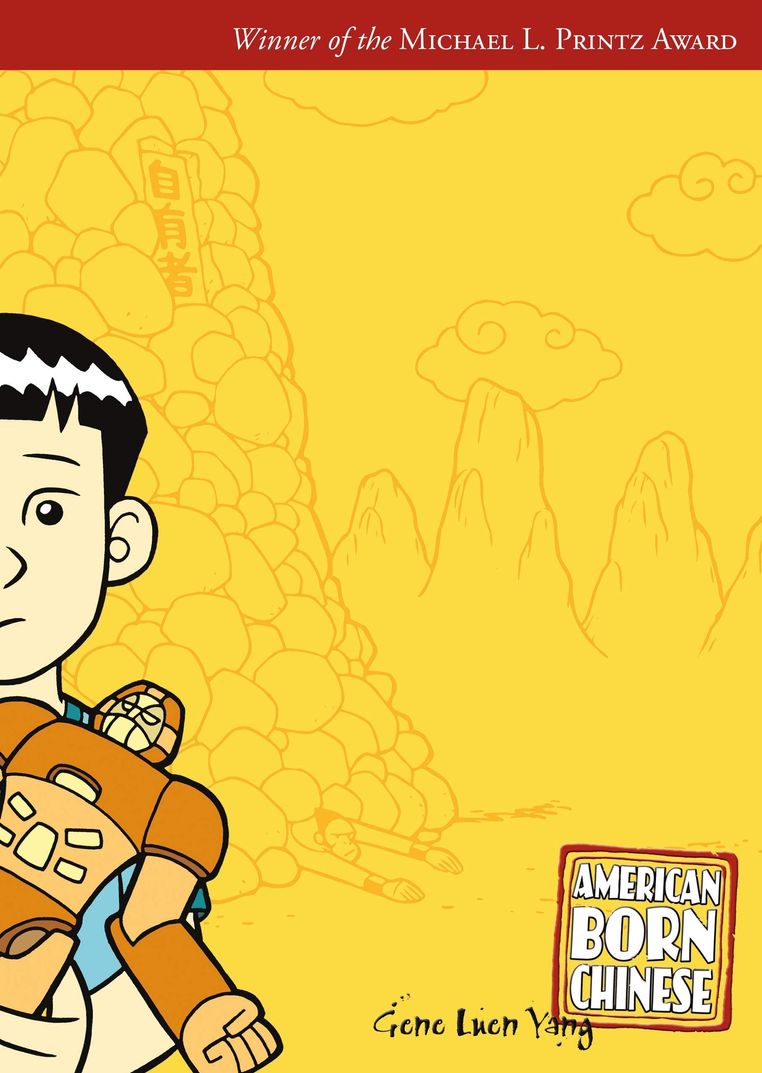 2
Look at the picture and the title:
Maybe the boy is a Chinese immigrant who grows up in the US. He is holding a robot. Maybe it is his favorite toy which comes to life and
maybe later in the story becomes his best friend. Perhaps the friendship to the robot is the only friendship the boy has because it is hard for him as Chinese immigrant to find friends in the US.
Angaben zu den Urhebern und Lizenzbedingungen der einzelnen Bestandteile dieses Dokuments finden Sie unter
https://editor.mnweg.org/entdecken/dokument/frei-day-american-born-chinese

3
Answer the guiding questions by taking notes while reading each chapter of the graphic novel. You will have to take a forms afterwards.

1. Where does the monkey King live?
Flower Fruit Mountain

3. What is the name of the city where Jin grew up.
San Francsisco

4. - What is Jin' s answer to the herbalists question?

6. Where is Wei-chen from?
Taiwan

7. Who has given the toy robot to Wei-Chen?
his father

Chapter three
8. What is the name of Danny's cousin?
Chin-Kee

Chapter four
10. How does the monkey king want to be called after he changes his form?
The Great Sage, Equal of Heaven

11. What does the monkey king do to the other gods when he realizes that they do not take him seriously?
He beats up the gods

Chapter five
13. What is the name of the girl that Jin has a crush on in 7th grade?
Amelia Harris

14. Who is Greg?
He is Jin's classmate who sits next to Amelia in science. Jin is jealous of Greg

Chapter six
15. Why is Danny embarrassed by Chin-Kee during class?
Chin-Kee acts like a nerd who has an answer for every teacher question

17. What does Chin-Kee do with Steve's (Jin's teammate) coke?
he pees in it

Chapter seven
19. How does the monkey King free himself from the rock?
He returns to his true form

20. Who helps the monkey to get free?
the monk Wong Lai-Tsao

Chapter eight
21. What favor does Jin ask Wei-Chen for?
to lie to Jin's parents so that Jin can go out with Amelia

22. Where do Jin and Amelia spend their first date?
in the cinema

23. Why does Greg not want Jin to go out with Amelia?
He thinks Jin is not good enough for her

24. Why is Wei-Chen mad at Jin at the end of chapter eight?
because feel betrayed by his best friend who had kissed his girlfriend suzi

25. What would Jin like to be called after his transformation?
Danny

Chapter nine
26. What is Chin-Kee's true identity?
He is the monkey king

27. What is Wei-Chen true identity?
He is the son of the monkey king. He takes a test of virtue to become an emissary like his father

4
Create a storyboard on www.storyboardthat.com about a situation in which stereotyping comes into play. You can draw from own experiences or from stories your learned from others.
Angaben zu den Urhebern und Lizenzbedingungen der einzelnen Bestandteile dieses Dokuments finden Sie unter
https://editor.mnweg.org/entdecken/dokument/frei-day-american-born-chinese

- a short description of what happens in the movie

- typical high school things that are in the movie

- your personal opinion (how you liked the movie)